Thais are fun-loving, sentimental people, and annual festivals, both commemorative and celebrate, play important roles in Thai life. Hundreds of festivals and temple fairs are toast throughout Thailand. Have a deeper lock into the Holidays & Festivals within Thailand

Hundreds of festivals and temple fairs are toast throughout Thailand. Thais are fun-loving, sentimental people, and annual festivals, both commemorative and celebrate, play important roles in Thai life.

Find below a little summary of the major events and festivals during Thailand’s calendar year. These events are often spectacular occasions and can be great fun to visit.

Many Thai festivals are colorful and joyful events that invite visitors’ to join and participate. Others feature solemn, eminently photogenic ceremonial. Whatever their character, whether Buddhist devotion, dazzling processions, exotic ritual or uninhibited merriment, each affords the visitor pleasant memories and gives you an insight into the cultural heritage that makes Thailand Asia’s most exotic and amazing country.

Most festivals are attached either with Buddhism, the annual rice-farming cycle or commemorations honoring Thai kings. Some occur on exact dates, others, particularly that related to Buddhism, are set on by the lunar calendar. And if one of these holidays falls onto a Saturday or Sunday, the following Monday, will also a holiday and government offices and many commercial offices will be closed.

New Year’s Day – 2 January (Public Holiday)
The beginning of the western New Year is a national holiday in Thailand, one of three “new year” holidays celebrated every year. more… 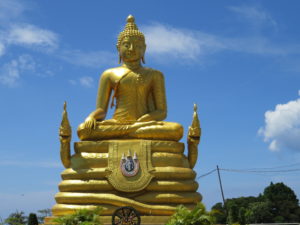 Makha Bucha celebrates the Buddha’s first sermon (around 2.500 years ago) in to his disciple and is one of the hoist Buddhist holy days, it Day marks the occasion when saint-disciples of the Buddha spontaneously gathered to hear his preaching.
The holiday may also known as Magha Puja or Lord Buddha Day and is mark Day of Love in Buddhism. Most Thai Buddhists will go on Makha Pucha Day to a temple to pay their respects to the Lord Buddha. Magha is a Pali and Sanskrit word meaning the third lunar month, and Puja is a word in the same language that means to venerate or honor and pronounced in Thai as Makha Bucha. The exact day of this second important Buddhist festival day depending on the Lunar cycle.

The Chakri Day commemorates the establishment of the Chakri Dynasty which has been ruling Thailand since 1782. This dynasty build by Phra Buddha Yodfa Chulaloke (King Rama I) in 1782 who came to throne on that day. On this day people of Thailand recognize the contributions of all the kings in the dynasty and to pay respect and reverence to their former kings as well as the present King Maha Vajiralongkorn Bodindradeba­yavarangkun (King Rama X). 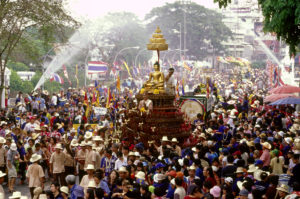 Songkran is the traditional Thai New Year, joyfully celebrated throughout the country with rituals of merit-making, honoring the elders, and parades of dancers, music troupes and water splashing. The throwing or pouring of water during the annual Songkran Festival originally dates back to the spring cleaning of Thai houses and welcoming the rainy season. Devout Buddhists will particularly pour scented, blessed water over images of the Lord Buddha to pay respect, asking for a blessing, and washing away of bad omens. A fun festival for everybody to join in.

The country will be at an almost complete standstill during these days, joining fellow Thais and visitors in a refreshing escape from the humidity and heat. More detail about Thailand’s most fun festival and its culture background

Coronation Day – 4 May (Public Holiday)
The day when the reigning Maha Vajiralongkorn was crowed as the 10th king of the Chakri Dynaaty in 2019 over a three-day coronation. On the 4th of May he was to be anointed and crowed, on the 5th of May a royal procession took place and on the 6th of May the king grant an audience. 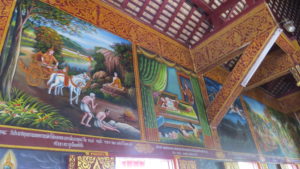 The holiest Buddhist holiday celebrates the three events of Budhda – the birth, enlightenment and his achievement of Nirvana.

The exact date of Vesakha is toast on the full moon of the sixth lunar month or the first full moon in the fourth month in the Chinese lunar calendar. The date varies from year to year in the Gregorian calendar but is typically in May.

Phuetcha Mongkhon or the Royal Ploughing Ceremony (May) – goverment holiday
This ceremony marks official commencement of the annual rice-planting cycle and takes place in Bangkok’s Sanam Luang, an open field and public square in front of Wat Phra Kaew and the Grand Palace to usher in the new planting season with good luck and hopes. As Royal Ploughing Day is a holiday for state employees, government offices will be closed. 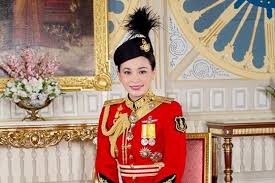 The Queen Suthida’s Birthday is a national holiday in Thailand.

Asarnha Bucha Day (Substitution for Asarnha Bucha Day) – July (Public Holidays)
Celebrating the Buddha’s first sermon in which he set out to his five former associates the doctrine that had come to him following his enlightenment.

Asahna Bucha is a national Holiday in Thailand. It replaced Buddhist Lent as a gazetted holiday in 2007.

The date in the western calendar depends on the Lunar cycle. Another name is Asalha Puja or Dhamma Day. 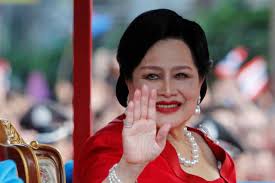 H.M. The Queen’s Birthday – 14 August 2017 (Public Holiday)
Mother’s Day was first introduced to Thailand on 15th April, 1950. In 1976, Mother’s Day was changed to 12th August to commemorate the birthday of Her Majesty Queen Sirikit ,the Mother of all Thai people. 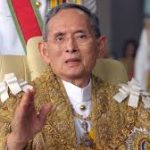 Born on 5 December, 1927, Bhumibol Adulyadej died on 13 October, 2016. He took the throne in 1946, reigned for 70 years, and came to be called “Father of the Nation”. After a long struggle with illness, he finally passed away, at the age of 88. One year later, the king was cremated and transported on a restored, golden royal chariot in an elaborate procession to Phra Merumat, to be interred with many of his ancestors of the Chakri Dynasty. Shrines were erected in the king’s honor all over the nation, and the mourning over his death lasted a full year.

Chulalongkorn Memorial Day – 23 October (Public Holiday)
The day commemorates King Chulalongkorn (Rama V) who passed away on October 23rd 1910. He was the fifth monarch of Siam from the House of Chakri and is considered one of the greatest kings of Siam (now Thailand). He is the one who introduced many social and political reforms that helped to modernize Siam including the abolishment of slavery. 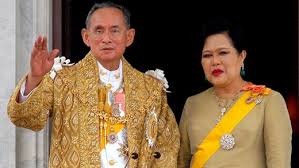 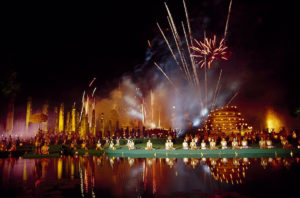 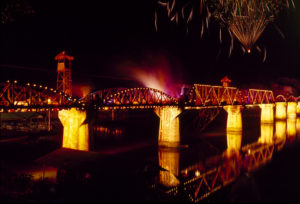 When are the exact dates for holidays for this year in Thailand? Get more details about Holidays & Festivals within Thailand Just click here to get the update calendar