The outbreak of COVID-19 in tourist source markets of Europe and the United States increased the plight of wildlife after falling on tourist revenues accrued from tourists booked to visit Africa from last year to early this year, conservation experts have observed. COVID is hurting Africa wildlife and tourism. 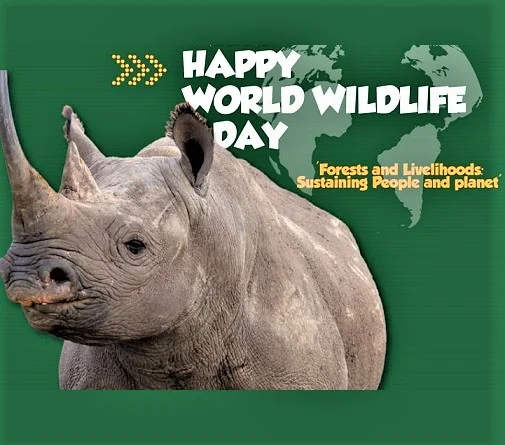 Against this backdrop, several African countries are looking to upgrade their tourism appeal through unique, sustainable wildlife exploration with deployment of high-tech solutions to control crime on wild animals. In East Africa where wildlife is the source of tourist revenues, several measures are underway to protect wildlife in this part of Africa. Technology has enabled conservationists to better understand wildlife, as well as the threats it faces. In Kenya, the Ol Pejeta Conservancy in partnership with Fauna and Flora International (FFI), Liquid Telecom, and Arm have together launched in 2019 a state-of-the-art wildlife protection technology laboratory.
Ol Pejeta is home to 2 of the world’s last remaining northern white rhinos and takes the lead in black rhino conservation. Rhinos at this home can now be fitted with horn implants for real-time tracking, replacing the bulky traditional collars. Conservationists can now monitor all animals 24 hours a day, as well as track their health, body temperatures, and migratory patterns.

WWF in collaboration with conservation projects in Kenya are supporting installation of cameras with thermal imaging technology to eliminate rhino poaching in 10 parks in Kenya. The cameras have heat sensors capable of detecting tiny differences in temperature, making it easy to detect experienced poachers who often work at night. This technology through special cameras was piloted at the Maasai Mara National Park in 2016 with 160 poachers arrested in 2 years of its operations, wildlife conservation reports from Nairobi said. Gorilla conservation in Rwanda is considered a key approach to safeguard tourism that had turned this African country into the best and upmarket holiday destination on the African continent.
Tourists visiting the gorilla hotspots in Rwanda have increased by over 80 percent over the past 10 years. Tanzania has changed wildlife conservation from civilian to para-military tactics during the past 4 years with positive development which has seen the increase of wildlife in key national parks, game reserves, and controlled areas. Paramilitary operation tactics have seen the arrest of poachers and other syndicates of crime against wild animals in Tanzania. Recognizing the potential on wildlife conservation for development of tourism in Africa, Polar Tourism in conjunction with the African Tourism Board (ATB) held a virtual discussion on January 24 of this year to discuss and then share views aimed at spearheading wildlife conservation in Africa.

A series of new initiatives targeted to boost tourism in Africa in post COVID-19 with a focus on new projects that would attract domestic, intra-African, and international tourists were discussed at the virtual gathering. Former Tourism Minister of Zimbabwe, Dr. Walter Mzembi, said in his virtual presentation that wildlife crime, particularly poaching and trafficking of wild animals’ products in all forms, have pushed a number of animal species into the endangered category, with some onto the nearing extinction or extinct lists. Dr. Mzembi said the negative impact of poaching and trafficking in wildlife not only affects the growth of wildlife-based tourism but also the sustainability and viability of game farming, costs to parks and nature reserve owners of protecting wildlife, and on the hospitality industry as a key beneficiary of wildlife management across Africa.
Trans-national cooperation and breaking the international syndicates is key to look at when dealing with poaching to safeguard tourism sustainability which is anchored by wildlife in Africa, Dr. Mzembi noted in his discussion. Based in Pretoria in South Africa, ATB is focused on permanent plans that may stimulate then help development of tourism in Africa with a focus at wildlife conservation for sustainable tourism development. World Wildlife Day takes place every year on March 3 to spearhead conservation and protection of wild animals across the world.