The origins of Myanmar’s National Day goes back to the independence struggle against the British in colonial times, with reformers keen to see a National Day that would mark the peoples’ own self-interests – rather than those of a foreign power.

A bit of education and Myanmar’s National Day

An organization called the General Council of the Burmese Association (GCBA) took it upon themselves to create such a day and, in the early 1920s at a conference in Mandalay, gathered to discuss the details. Inevitably, there were disagreements.
The council couldn’t agree on the right day – would the day mark the arrest of senior monks (Sayardaw). Then, they had some general agreements to regard a National Day based on three different days such as the day on which Sayardaw U Ottama, the famous Rahkine monk, was arrested by the British. Or would it be the day that King Thibaw abdicated from the throne? Or the mass student boycotts of the 1920s, protesting the imposition of colonial reforms n the education system? 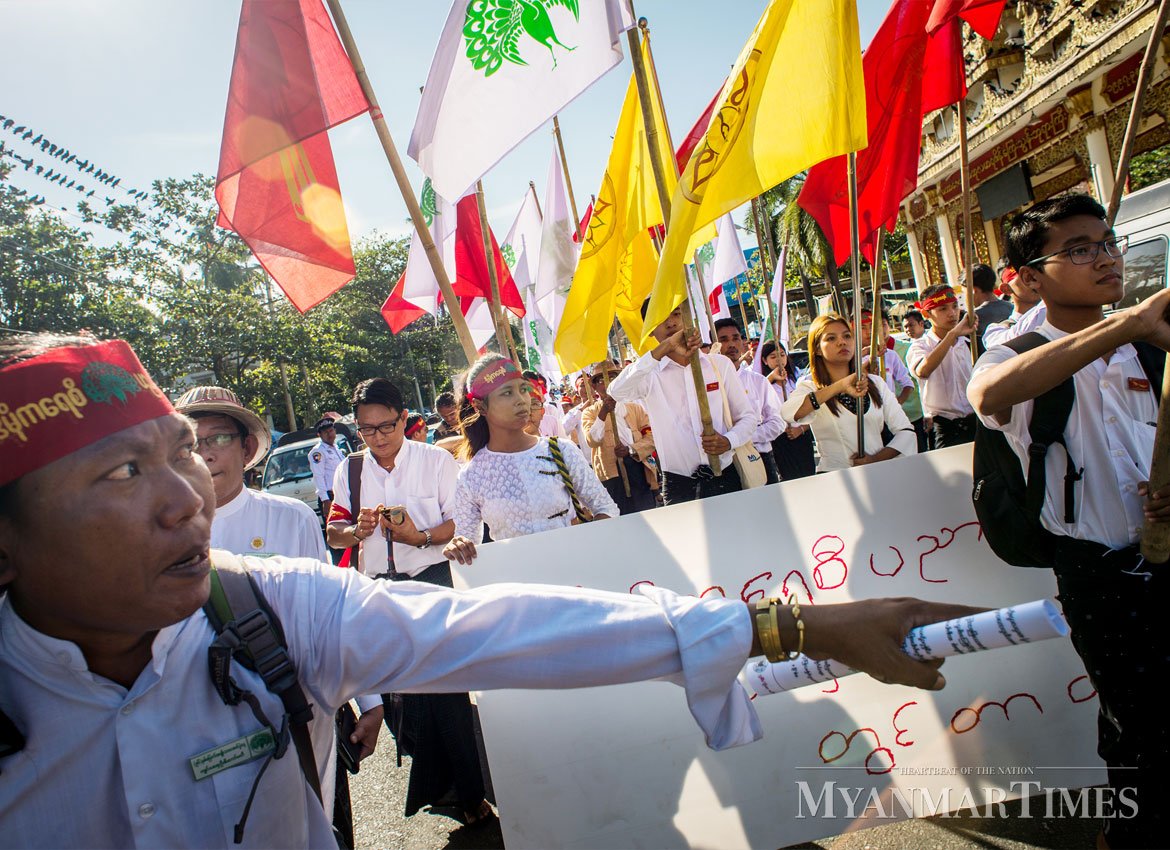 
Then in 1922, on June 17 and 18, at a GCBA special conference in Rangoon, they decided that the 10th waning day of Tanzaungmone would be Burma’s National Day. It was the day on which they wanted to show resistance to the British, marking the famous boycott of Rangoon University by students who wanted to the Rangoon University Act (1920) abolished.

Under the colonial act, the government wanted to limit access for local students to higher education. The boycott was a show of strength by Myanmar students, who wanted to protest the injustice of the new legislation. As a result of the publicity from the protests, a national high school and college system was later developed by the student leaders. It became Myanmar’s national education system, which supported Burmese as a language of instruction. In those days, a national education system meant an anti-colonial education.

Colonial education did not encourage teaching Burmese, and even forbade studying and speaking it on campuses. To oppose this, national schools embraced the language, and hailed a new system that was seen to be more inclusive (despite still lacking education in Myanmar’s minority languages). The purpose of colonial education was to extend colonial dominance, and the new system aimed at encouraging independence. Depeyin U Myal was the first person who used the word “Slavery Education” in 1921, at the GCBA conference in Mandalay. The British taught loyalty to the English king and his empire, while the new curriculum sought to encourage pride in one’s own country. 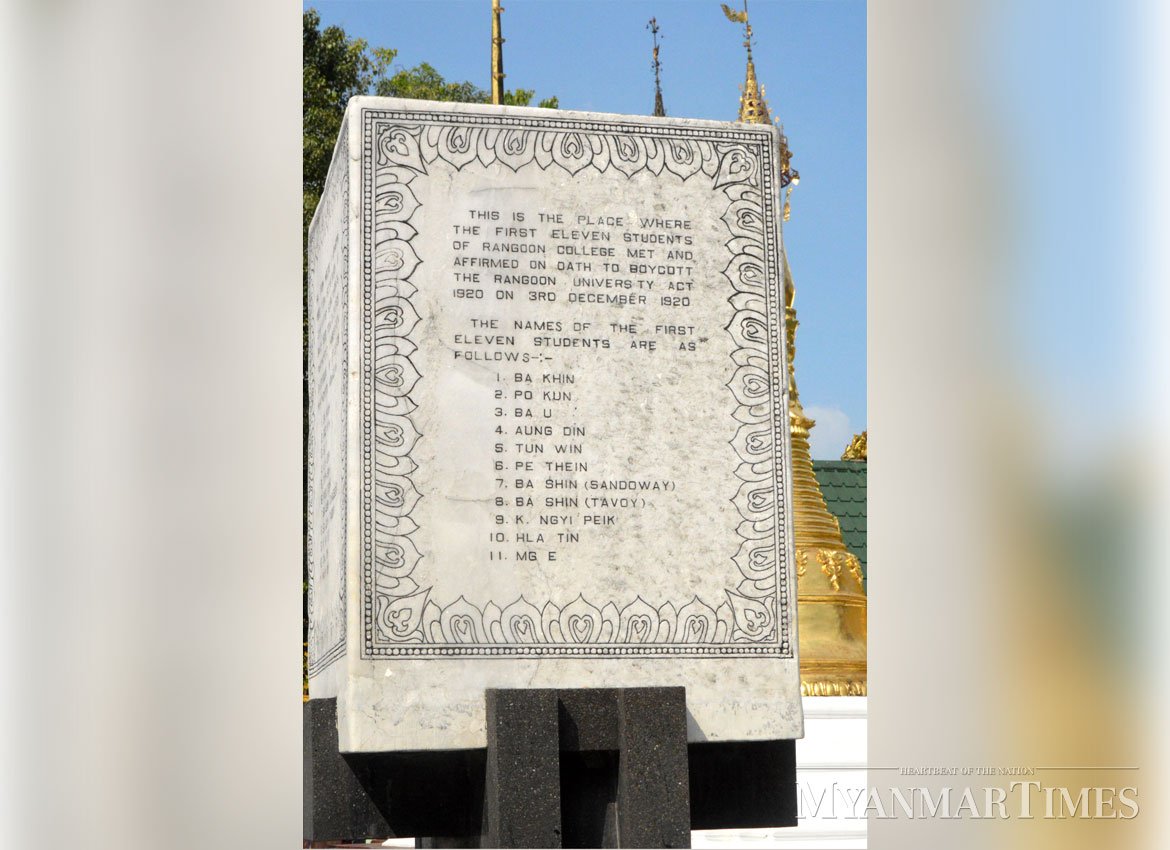 The commemorative stone block lies on the southern platform of the Shwedagon Pagoda
In the following decades it became clear that national education was a driving force behind the independence movement too, as national leaders such as General Aung San were school teachers. They saw education as a means of instilling civic and cultural ideals, and support for the emerging independent nation. The university students opened national high schools in December 1920 and August 1921, as well as the National College at Bahan. There was a national education council which was comprised of 50 members to oversee curricula at national colleges and schools. Since 1922 Myanmar’s National Day has been celebrated with official ceremonies.
Since 1934, schools began to close to observe the occasion. Four years later, then Prime Minister Dr Ba Maw announced the day as an official holiday. The first minister of education was U Phoe Kyar in the 1920s, and through his initiatives national schools began to spring up across the country. We can still see the commemorative stone block of the 11 Rangoon College student leaders on the southern platform of the Shwedagon Pagoda. They are Ba Khin, Po Kun, Ba U, Aung Din, Tun Win, Pe Thein, Ba Shin (Sandoway), Ba Shin (Tavoy), K. Ngyi Peik, Hla Tin and Mg E. Notably, it was the first ever protest against the British administration led by students and is known as the first university student boycott. San Lin Tun is a freelance writer of essays, poetry, short stories and novels in Myanmar and English.
Explore more of Myanmars event  and  about the colorful Festvals around Myanmar