Thailand regions from North to South

Visiting Thailand is like visiting for countries with the cultures and climates blend together. The four areas of the North, the South, the East and the Central are put together like pieces of cake. They maintain their own tastes, color and looks, but remain their best tastes when all are taken at one time.

The best way to experience this is to visit the four regions of Thailand, and ample the culture, climate, sounds, smells and food along wit the local peole of each location.

The Northern area is a mountainous region and the birthplace of the earliest Thai civilization. The northern people are known for their courtesy and hospitality and the region is also noted of his many sites of archaeological and cultural tradition. The mountains at the Northern provinces mountain ranges along the borders are breathtaking with waterfalls' and fast flowing rivers. and are home for many ethnic hill people. You can find six main tribal groups at the Northern provinces: Karen, Hmong, Lahu, Mien, Akha and Lisu, each with its own unique customs and clothing. The Northern provinces of Thailand has three seasons. From March to May hot, wet from June to November and from December to February cool, higher up the mountain up to extremely cold.

Chang Mai the northern capital is mainly used as base for visiting ethnic tribes, soft adventures activities and shopping. Further north the area around Chian Gai and Mae Hong Son are center for rafting, trekking and tours to the tribal villages. At the south the historical park at Sukhothai is an essential destination to discover history and culture of Thailand. 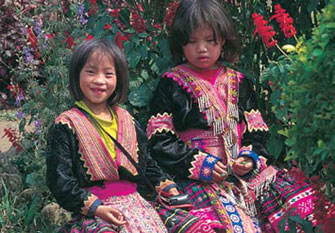 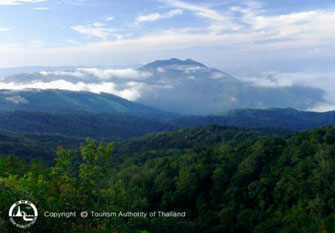 The North- Eastern area is a vast plateau covering nearly one third of the country, is usually known as Isan and is drained by the river Mekhong, which divides Thailand from Laos. The North-eastern provinces or Isan is rich on Stone Age and Bronze Age dwellings and artifacts and some significant temples which are legacy of the great Khmer empire.

The people at the north-eastern area called from Thai's Lao, the Phutai and another tribe which numbers are minorities are mostly of the Mon-Khmer family. The north-eastern area is comparatively area whose main income is from agricultures but Isan folk have a distinctive character and a colorful culture, which their old traditions still reflecting in many festivals unique to the region.

Isan become a useful starting point for adventurous excursion to destinations along the Mekong River, excursion to Laos and Cambodia as well as for visits of one of the two Thailand's loved national parks Khao Yai, Phu Kradung and Phu Rua in Loei. Also the Bronze Age settlement at Ban Chiang, the sandstone shrines or the historical parks of Phimai in Nakhon Ratchasima and Phanom Rung in Buri Ram, the great temple complex at Khao Phra Viharn in Si Sa Ket on the border with Cambodian is now accessible to visitors. Other major attractions are the villages in Khorat and Khon Kaen where the beautiful local silk is woven by hand. 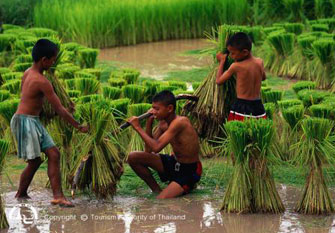 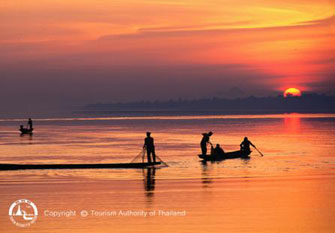 The Central area is geographically Thailand's heartland and covers the rice bowl of the central plains around the Chao Phraya River and further south embraces the east and west coast of the Gulf of Thailand. At the central are living a small communities of Mons and Can Annamites, Malays and Burmese.

The Central and eastern area is Thailand's most fertile farming area with a wide ranging land scale of rice fields, orchards and plantations. The central of Thailand has a dramatic history and it's heritage of ancient temples, battlefields, ruins and two capitals, Ayutthaya and Bangkok, are a continuing fascinating.. Some of the finest beaches in Asia are found at the coastline extend from Chon Buri to Rayong with Pattaya as its center. Here you can find an enormous range of accommodations, activities and entertainment. Further down the coast to Rayong, Ko Samet and Koh Chang or on the west east coast in Cha-am and Hua Hin attracting travelers who prefer their more sophisticated yet laid back atmosphere. Thailand's most enthralling scenery is found far from the ocean in the region of Kanhanabui, with his forested mountains, waterfalls, caves, national parks and wildlife sanctuaries near the border of Myanmar. 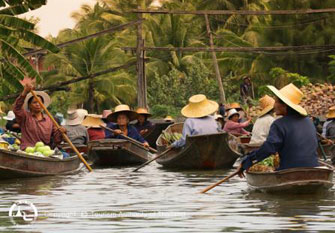 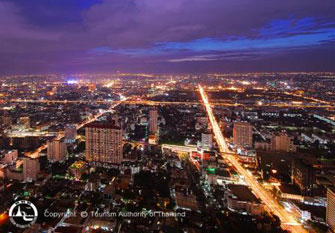 The Southern area extends along a narrow peninsula between the Andaman Sea at its west side and the South China Sea on the east. Ethnologically the southern provinces are overlapping cultures from Malaysia, Burmese, Chinese, Indians, Indonesians and other Asian races. The land is rich of abundance of it natural resources, the fertility of the soil and the diversity of people and it is commercial viability. The coastline along the Andaman Sea tends to be rugged and with its strange limestone rock formations and cliffs and the coastline along the Gulf Thailand seems to be more relaxed, with long wide bays and calm sea. The climate is different from the rest of Thailand. with his two seasonal monsoons. While the southwest monsoon sweeps from the Andaman Sea from May to October the northeast monsoon visits the Gulf of Thailand from November to February. Since the mountains at the peninsula forms a barrier it is rarely that rain is falling simultaneously on both coastlines.

The southern provinces are attractive for his mountains, rivers, forests and the national parks and invites tourist to discover the area on foot, by elephant, canoes or boats. The Andaman Sea Coastline offers Thailand's premier holiday resort Phuket with his surrounding provinces as Phang Nga, Krabi and Trang, which are famous for their fascinating rock formations and off shore islands. The Coastline of the Gulf of Thailand offers with the Islands Samui, Tao and Phangan a popularity as laid back holiday spots The whole southern area are famous with first class diving opportunities nearby. 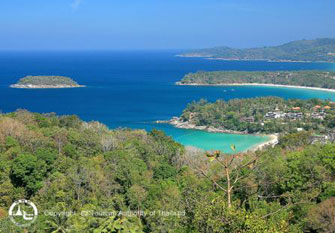 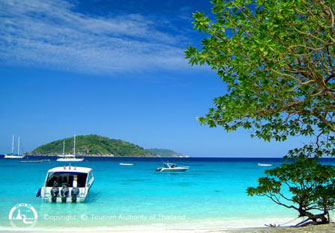