Chiang Mai has been a city for 700 years and is the principal city of northern Thailand and capital of the province. Chiang Mai province, with its 19 districts, today has a population of more than 1.5 Million people. Explore some of the most famous Chiang Mai's Highlights.

Must seen places around Chiang Mai

Chiang Mai, sometimes written as Chiengmai or Chiangmai, is the largest city in northern Thailand and the capital of Chiang Mai Province. It is 700 km (435 mi) north of Bangkok in a mountainous region. Chiang Mai (meaning "New City" in Thai) was founded in 1296 as the new capital of Lan Na, succeeding the former capital, Chiang Rai.The city's location on the Ping River (a major tributary of the Chao Phraya River) and its proximity to major trading routes contributed to its historic importance.

Chiang Mai has a tropical savanna climate tempered by the low latitude and moderate elevation, with warm to hot weather year-round, though nighttime conditions during the dry season can be cool and much lower than daytime highs.

BEST THINGS TO DO AROUND CHIANG MAI 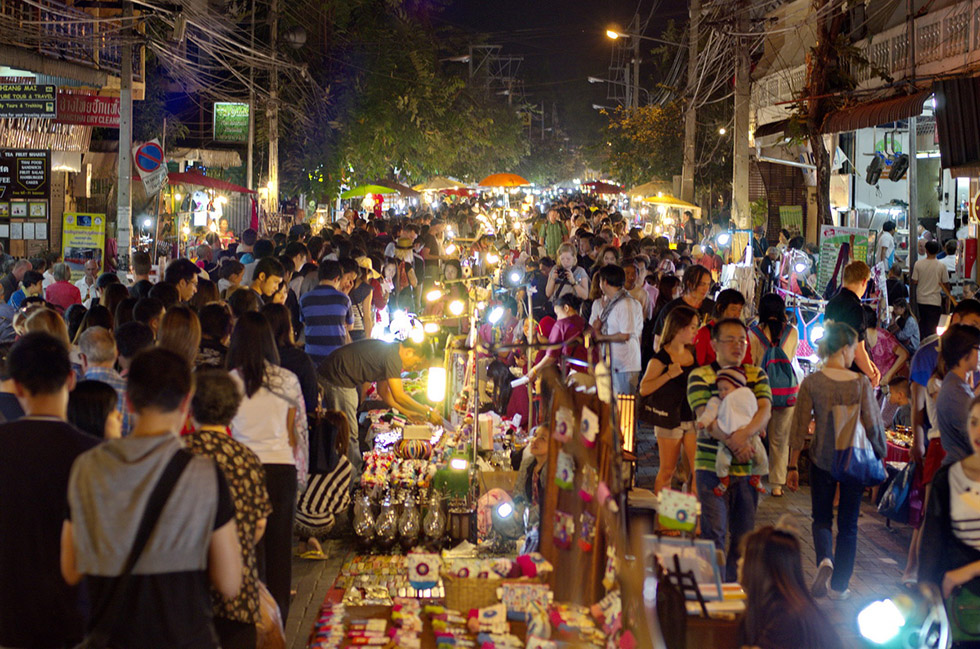 Don’t leave Chiang Mai without visiting Sunday Walking Street! It’s a really cool market where you can buy all variety kinds of local, authentic, handmade souvenirs, like embroidered handbags and sarongs on a reasonable price. I literally had to drag Mariska away from the handmade teapots; which she still hasn’t forgiven me for. The majority of the people walking and shopping around are locals, which makes it extra special. Visit the market before sunset, when it’s still relatively quiet.

Location: Chiang Mai Old Town, On Wualai Road every Saturday and the other point start from Tha Pae Gate through Ratchadamnoen Road every Sunday
Opening hours: Every Saturdy and Sunday  from 4:00 PM to midnight
Price: free 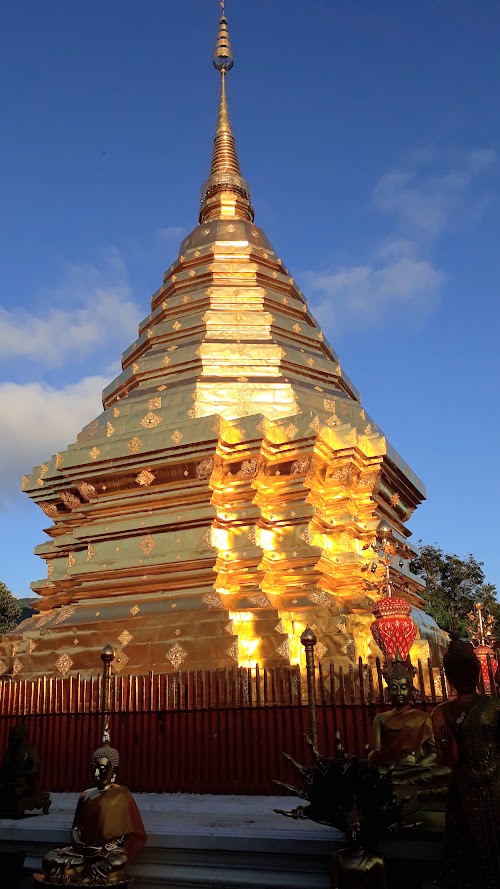 Wat Phra That Doi Suthep is the most important and visible landmark, and overlooks the city from its forested montain backdrop. The Temple is located 3.520 feet above sea level and dated from 1833. Yes, it’s very touristy, but if you’re in Chiang Mai you should visit Doi Suthep mountain and it’s temple. This mountain temple provides a sweeping view across the city and surrounding country side. The gorgeous and twisty road, 16 kilometers from Chiang Mai, will lead you to the foot of the temple. You will reach the temple after having approached on foot by climbing a steep Naga staircasecomprisin around 300 steps. The less energetic may ascend by railcar.  It can get pretty busy in the afternoon (best avoided), but in the evening you can still walk around outside the temple walls and watch the night fall over Chiang Mai. Magical! The temple's pagoda contains holy Buddha relics, and attracts Bddhist pilgrams from all over the world throughout the year.

The Bua Thong Waterfalls are very special and particularly popular among the locals. The spring water is rich in calcium carbonate deposited on the streambed and flows down the falls, in which the ground becomes sparkling white because of its coating.

The reason they’re so special is because you can climb them, which is why they’re also called the Sticky Waterfalls or Spiderman Waterfalls. It’s a great day out and you can go for a walk among nature and enjoy the peace and quiet. The red songtaew will take you there directly!

Here on Phrapokklao Road, you practically pass it during Sunday Walking Street, is the largest Chedi in Chiang Mai measuring 98 meter tall and 54 meter wide. It was orginally completed in 1481 but partially collapsed due to an earthquake in 1545. Among other features is a magnificent Naga staircase adorning the chapel's front porch. Wat Chedi Luang is also notable as one of the temporary abodes of the Emerald Buddha, now enshrined at wat phra Kaeo in bangkok.

Take some time and have a walk around this hidden gem which is sadly partly in ruins. Over the last several hundred years it has endured many earthquakes, causing the partial crumbling of its stone walls. It was always restored afterwards so luckily, there are still a few pretty looking elephant statues visible on the structure. With Buddha statues scattered around here and there and several beautiful, ancient trees, this is a truly awesome sight. 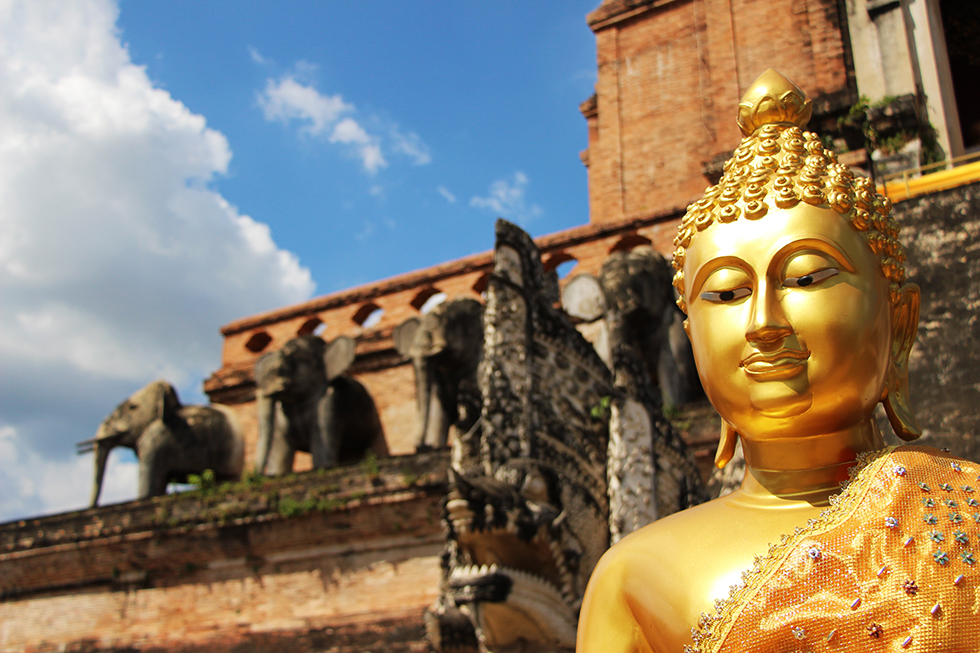