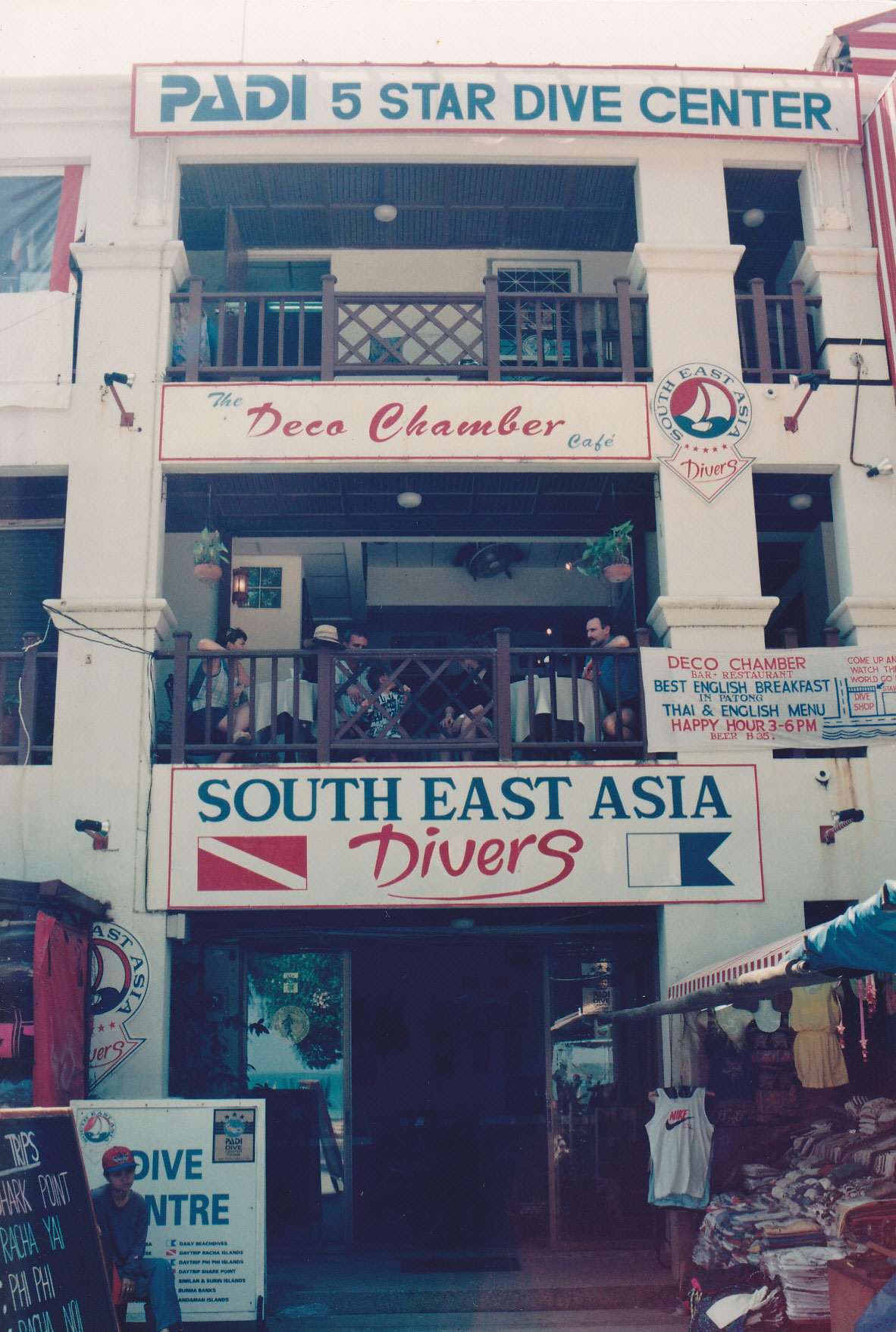 Everything started in 1986 by our founder Mark Horwood, who has been with the company from the beginning until 2005. Mark is an avid and enthusiastic Sailor. His great deal of experience with boats and chartering in Asia was the heart of the company.

In 1997 South East Asia Divers received as one of the first operators the permit to enter Myanmar Water. Start exploring the Mergui Archipelago with its flag ship SV Seraph and many other vessels. South East Asia Divers offered in our three 5 Star PADI Dive centers at the Le Meridien Hotel and Kata Thani Hotel in Phuket and created their first promo video

In 2005 the owner Mark and Lee Horwood decided to change the company structure. Its because to reflect more today's demand and created a more online presence.  Mark Horwood left the company to concentrate on his catamaran building business (Latitude 8).
Heike Garcon, our present owner joins the company in 1997 as PADI Master Instructor and Branch Manager at the Kata Thani Hotel & Resort outlet and became partner in 2005.