Journey to the land below the wind

When I was a child, the word Borneo would conjure up images of colonial explorers in pith helmets slashing their way through wild jungle teeming with exotic plants, ferocious animals and roaming tribes of headhunters.

As I grew older, my mental picture was expanded by David Attenborough’s wonderful documentaries, which transported me to this remote island in the darkest heart of exotic Asia, and always left me marveling at the incredible array of plant and animal life it supported. 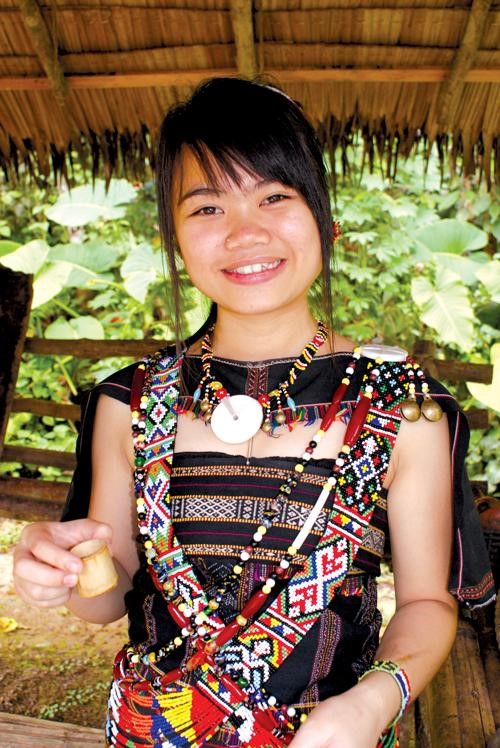 These early influences instilled in me a life-long wish to visit Borneo and recently my wish came true. As my plane took off from Kuala Lumpur, I felt a thrilling sense of anticipation and it wasn’t long before tantalizing thoughts of orangutans, elusive pygmy elephants, colorful hornbills, unexplored caves and virgin rainforest filled my mind.

In just two and a half hours, we began our descent into Kota Kinabalu, capital of the Malaysian state of Sabah and the main entry point for visitors to Borneo. Disembarking at the spotless and gleaming modern airport, I quickly jumped into an air-conditioned taxi which took me to the sprawling grounds of the 384-acre Sutera Harbor Resort, the base for my forays into Sabah. Okay, I thought, as my romantic notions dissolved, so it’s not exactly the slow boat ride up silent mist-covered river to a bamboo hut in the jungle I was expecting, but it would have to do.

As it turns out, it did quite well indeed – this massive resort complex contains two 5-star hotels with almost 1,000 rooms, a 27-hole golf course and country club, a 104-berth marina, the luxurious Mandara Spa, four world-class restaurants – all set among lush tropical gardens and bordered by calm blue ocean. 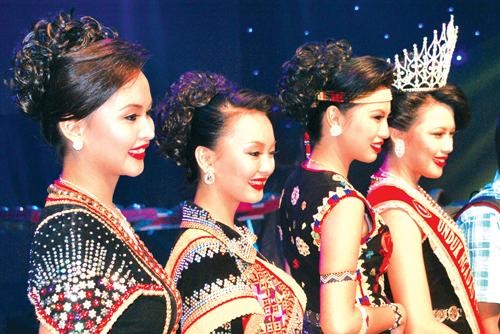 I had been invited to Sabah by Tourism Malaysia to attend Tadua Kamataan; traditionally a harvest festival held by the Kadazan-Dusun people of northern Borneo to appease and respect the spirit of the rice paddy. Nowadays, the festival has become a wider celebration of the cultural diversity of Sabah, where tourists and locals alike can see traditional dances and costumes, music performances, handicrafts, local cuisines and the ever-popular beauty pageants.

But before attending the official celebrations, we were scheduled to check out some of the many attractions in and around Kota Kinabalu that make Sabah a such an fascinating destination. After a restful night at the hotel and a sumptuous buffet breakfast, our group met in the lobby to be greeted by our guide George. A Sabahan. A man of Indian descent, George turned out to be a fountain of knowledge about the history, culture and geography of the region, and as we soon found out, never short of a joke either. Soon we were off on a bus to the Mari Mari Cultural Village, tucked away in the tropical jungle covered hills that surround the city. 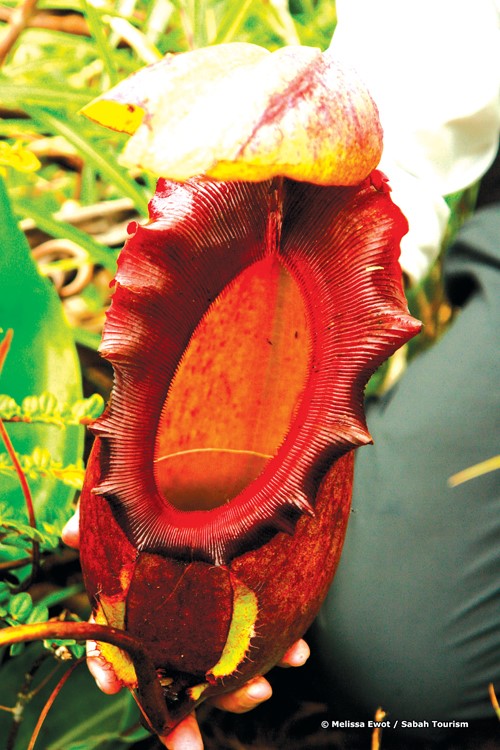 At first, I was weary that this cultural village might turn out to be a "Disney-fied" tourist trap, but I was pleasantly surprised. The village consists of five longhouses faithfully reproduced by descendants of various tribes in the region.

Our guide for the village, along with the other guides who demonstrated traditional skills, dances and costumes, descended from the cultures represented at the village.

This lent an authenticity to the tour and our guide was indeed knowledgeable about traditional practices and beliefs and more than happy to answer follow up questions from a curious journalist.

But, perhaps the most astonishing part of the tour was the longhouse of the Murut – one of the last tribes to give up their headhunting practices. 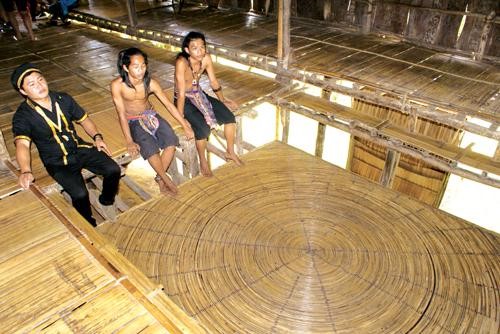 Under the roof of the 15-meter long bamboo house, is a platform set in the center of the floor, supported by thick, yet flexible tree branches, it is used as a sort of trampoline. In former times, after returning from a raid, the heads of their enemies would be hung from the roof and the victorious warriors would use the the platform to bounce and leap to snatch their "prize" from the rafters. The tour was concluded with a lively musical performance, where dancers dressed in very colorful traditional clothing demonstrated the "bamboo dance". Requiring incredible skill, dancers hop and weave between long shafts of bamboo, which are slid to and fro on the floor and clapped together to create a percussive rhythm for the dance. The tour was a fascinating introduction to the skilled workmanship and complex culture and of Borneo’s original inhabitants and I left wanting to learn more about them. 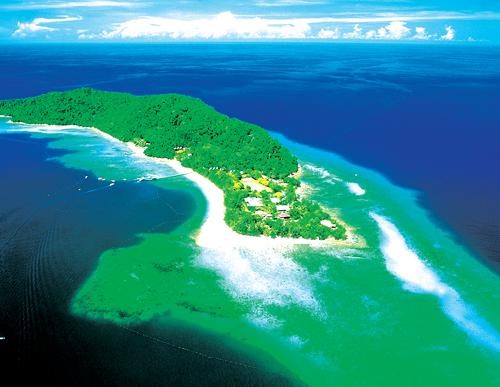 The following day we hopped on a speedboat to explore the Tunku Abdul Rahman Marine Park, comprised of a cluster of islands 20 minutes from Kota Kinabalu. The five islands of the park are gleaming emeralds dotting the shallow turquoise water, ringed with white sandy beaches and verdant coral gardens. The denizens of these pristine waters include scorpion fish, blue-spotted rays, cuttlefish, mantis shrimps, the occasional green or hawksbill turtle and between November and February, whale sharks can also be spotted.

Our first stop was Manukan island, where some of our group chose to relax on the beach while others donned snorkels and dived into the water in search of marine life. For scuba enthusiasts, there are countless dive companies offering a range of dive experiences, giving you the chance to explore the abundant coral reefs and exotic marine creatures that inhabit the serenely beautiful waters. 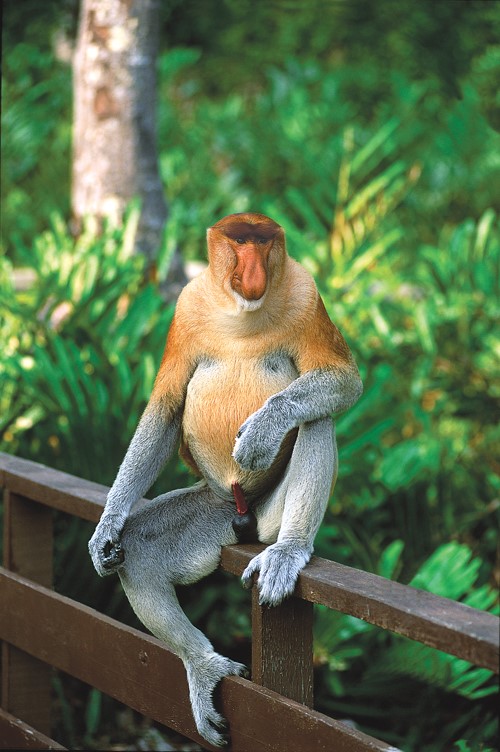 After our morning on the beach, it was off to nearby Sapi island for lunch; a veritable smörgåsbord of fresh crab, calamari, fish, prawns and a choice of many local noodle and rice dishes. All this was finished off with a dessert of Malaysian cakes, sweet sticky rice and fresh tropical fruits. After lunch I went exploring and came across a colossal monitor lizard, grazing for food at a leisurely pace. This behemoth was an astonishing two meters long, but apparently quite docile and didn’t seem to be bothered at all by having his photograph taken.

After our peaceful morning at the beach it was time to head back to Kota Kinabalu to attend the official Tadua Kamataan celebrations. As we filled into the large auditorium, we could see that we would be in for quite a show, as dozens of performers in colorful traditional dress lined the walls to welcome attendees. After everyone was seated the performances began, some 34 of Sabah’s distinct tribal cultures were represented in a medley of traditional song and dance performances, each one more dazzling then the last. The sheer variety of costume, music and dance styles made it obvious why Sabahan’s pride themselves on preserving and sharing the rich cultural heritage. After the show, many guests posed for photos with the charming ladies who took part in the beauty contest, an event which has become an integral part of Tadua Kamataan. 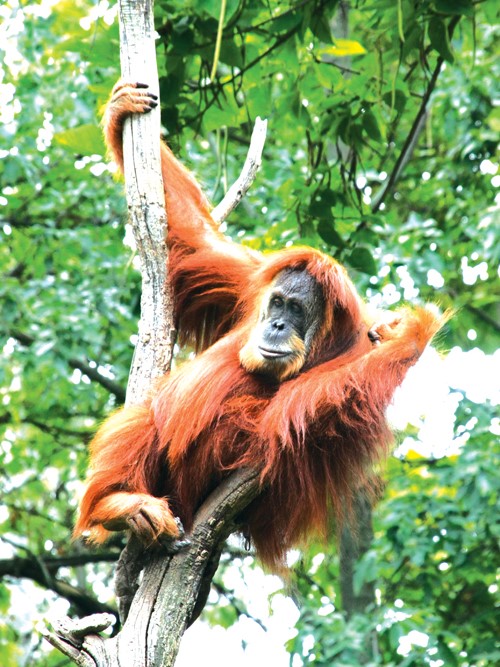 For the final day of our tour we boarded a bus to take us on the two and a half hour journey to the majestic Mount Kinabalu. It is the highest mountain in Southeast Asia, at 4,095 meters, and the jewel in the crown of the UNESCO World Heritage listed Kinabalu National Park – one of the most bio-diverse ecosystems on the planet. From dense lowland jungle to sparse alpine cloud forests, the National Park encompasses a huge range of habitats. It is worth quoting some figures here, to give you an idea of the ecological riches to be found inside the park. It has been estimated that a mind-blowing 5,000 to 6,000 plant species can be found here. This includes over 800 species of orchids, 50 of which are endemic to the park; and over 600 species of ferns (more than the whole of Africa’s 500 species) of which 50 are found nowhere else. There are also some 326 bird species and around 100 mammalian species including the famous orangutan.

One of the biggest draw cards to the National Park is the opportunity to climb to the summit of Kinabalu itself. Despite its foreboding size, it is a relatively easy climb and can be achieved by any relatively fit person without the use of specialized mountaineering equipment. Although it can be done in a single day, most people take two days, and all climbers must be accompanied by an accredited guide. Climbers trek 6km to Laban Rata on the first day, taking four to five hours, before climbing to the summit early on the following morning. The return trip from Laban Rata to the summit can take anything from six to nine hours. Climbers descend to the park head- quarters that afternoon, which takes three to four hours. 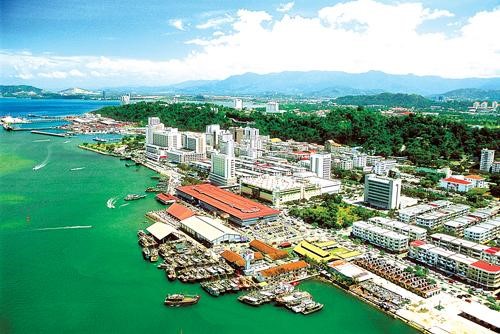 Unfortunately, we did not have time to make the ascent to the summit and contented ourselves with the spectacular views of the mountain that dominate the landscape. Returning to Kota Kinabalu that evening, the members of our group gathered at one of the dozens of restaurants that crowd along the esplanade of Kota Kinabalu to reminisce about our trip. There was unanimous agreement that we would have to return to Sabah one day soon. to explore more of the many wonders, we did not have a chance to see.