https://www.southeastasiadreams.com/ https://www.southeastasiadreams.com/assets/templates/2021/images/inner-pages/myanmar.jpg Travel around the "Golden Land" One of Southeast Asia's largest and most diverse country: Myanmar the “Golden Land”. Visit with us the golden pagodas, meet different ethic tribes and explore the island around the Mergui Archipelago. Myanmar has something for everybody.

Travel around the "Golden Land"

One of Southeast Asia's largest and most diverse country: Myanmar. Also called the “Golden Land” because of it’s all over the country placed golden pagodas. Many Myanmar Royal Families donated gold to Pagodas to build for worship and most of the Pagodas named with 'Shwe' which means gold or golden in Myanmar. 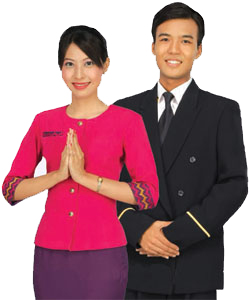 Myanmar is a land of breathtaking beauty and the inherent nature of the people. For many years Myanmar / Burma disappeared behind a wall of isolation and only open the country's door for the outside world again and became the most mysterious and undiscovered destination for visits all times of the year.
Burma / Myanmar stretches from the amazing islands of the Andaman Sea in the South right up into the Eastern range of the Himalayan Mountain and bounded by Tibet / China in the north, China, Laos and Thailand in the east. The total area covers 676.522 square km. 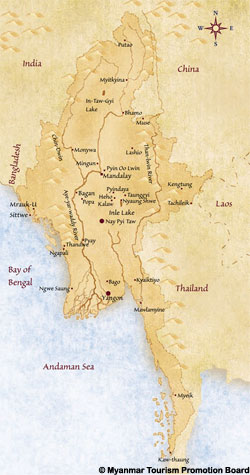 The Culture is mainly formed from the different tribes and implements a blend of china and India civilization. Buddhism has a great influence of the people in Myanmar and they preserved the traditions of reverence for Buddhism, respect for the elders, close family ties and simple native dresses.
And with Myanmar's long history and its greatness dates back to the early 11th Century, Myanmar is full of stories and heritage places.
Visit the Pagodas all around Bagan on a balloon or
take a cruise from Bagan to Mandalay on the great Irrawaddy River or
explore the fantastic Mergui Archipelago or
just explore the cities such as Bagan, Mandalay, and Yangon etc.
Myanmar a perfect place for adventures, explorer and people all ages and today is the perfect time to visit.